My roundup of RWM/Letsrecycle Live by Simon Ellin 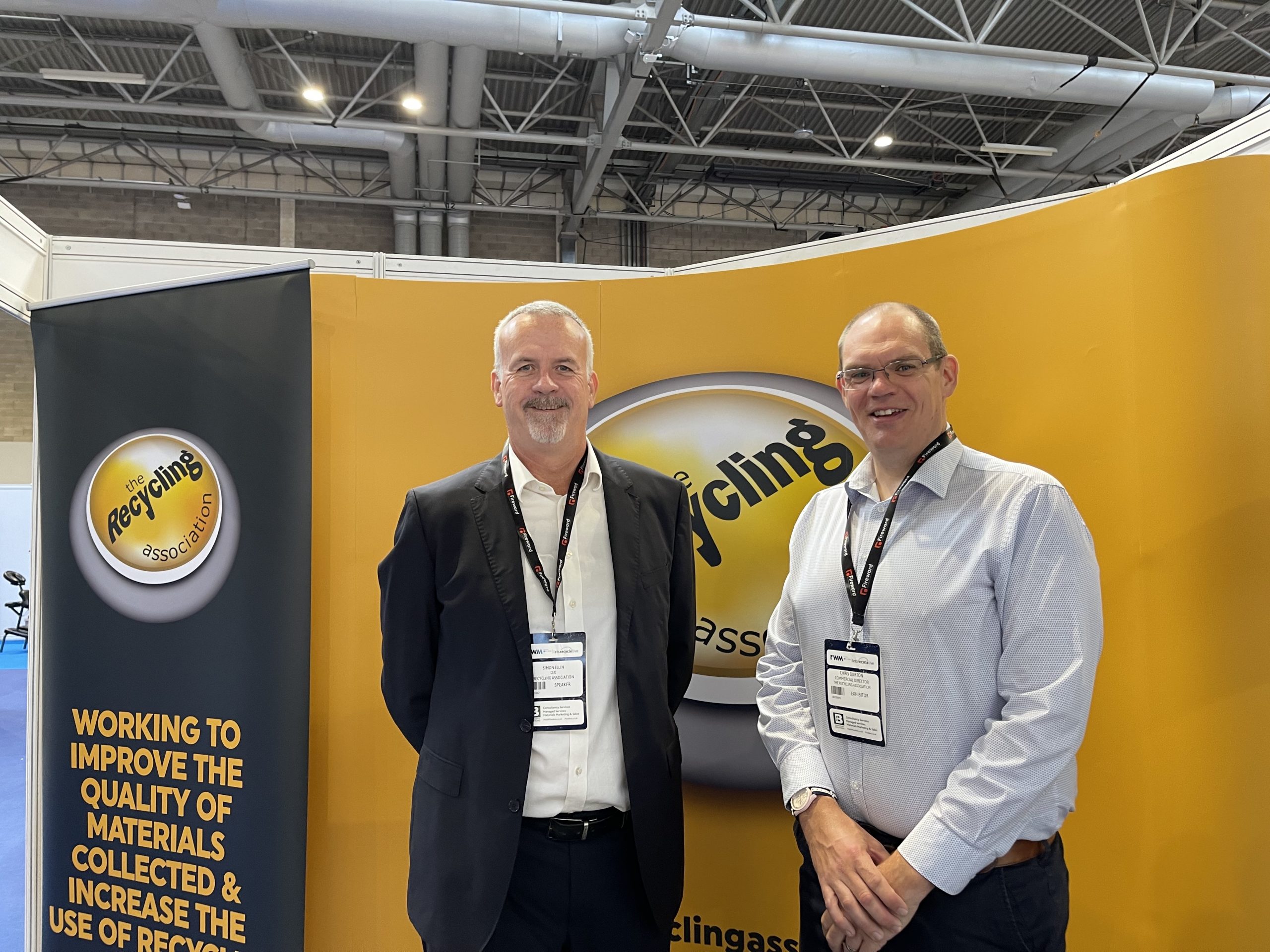 I really enjoyed RWM/Letsrecycle Live last week, even though I was rushed off my feet the whole time.

As usual, The Recycling Association had a stand and Members and other friends of the Association took the time to come and chat with myself, Chris Burton and Paul Sanderson.

My impression, and from talking to others, is that there was a buzz around the show this year. It seems the injection of Letsrecycle Live has helped revive an exhibition that previously felt like its best days were behind it.

For certain, it seemed busy and it was clear that people took the opportunity to visit stands, meet with colleagues and maybe have a meal or night out in Birmingham with colleagues once again.

It was also a great opportunity to find out what else is happening in our sector and beyond.

During the first day of the show, I chaired a session on the paper market. One of our Board Members Pankaj Chowdhary from Ekman Recycling gave a really interesting presentation on the huge amount of global packaging capacity planned in the medium- to long-term. However, he noted that the energy crisis, continued outbreaks of Covid in some nations, and the cost-of-living crisis makes it very difficult to predict the market in the short term.

Regulation is still hampering movements of material, so Mat Crocker’s outline of End-of-Waste in a joint Environmental Services Association and The Recycling Association project is critical to the medium- to long-term future of UK paper and cardboard recycling.

During another session concerning exports I sat on, it was also the opinion from the panel and the audience that recent comments by Environment Agency chair James Bevan that exports should be banned are both short-sighted and unsustainable.

On the second day, I chaired a panel involving Kellogg’s and the Co-op. It is great to see the progress that producers like these are making on the design of their packaging. There is still a lot of work to do though, and we wait to see how Extended Producer Responsibility will affect things.

I also took interest in a presentation I attended by Angus McPherson from t2e where he predicted a very tight year in the PRN/PERN market for many materials. He said paper looks increasingly likely to miss target for example.

While at the show, I saw on Letsrecycle.com that Valpak had spoken there and advocated a compliance fee to prevent these very high prices. This is how it works for Waste Electrical and Electronic Equipment (WEEE) compliance. I totally disagree with this approach as it has killed growth in the WEEE sector because you lose the market mechanism – if material is short it goes up, if it is in over supply it goes down. Also, nobody suggested a compliance fee when the paper PRN/PERN was trading at 25p last year – not surprising given that Valpak is producer focussed.

Traqa’s head of operations Lee Thickett was also at the show, and along with myself and Chris, we had very positive conversations about Traqa and getting new users on board. Many companies have now fully integrated it with their systems, and the product keeps on developing to meet a changing regulatory environment, for example on customs documentation. We’ve had significant interest from a number of companies following RWM/Letsrecycle Live.

Finally, thank you to everyone who came to visit our stand whether Members or not. Networking is a vital part of what we do, and it is always great to get feedback and their experience of how the wider world is affecting the recycling market.

Our next networking opportunity will be at the now sold out Race Day, followed by our Christmas lunch on 6 December. I look forward to catching up those of you who will be at these events.

A child’s view of recycling in 2018
Aug 3 2018
BLOG CATEGORIES
Go to Top
We use cookies on our website to give you the most relevant experience by remembering your preferences and repeat visits. By clicking “Accept All”, you consent to the use of ALL the cookies.
Cookie SettingsCookie PolicyAccept All
Manage consent