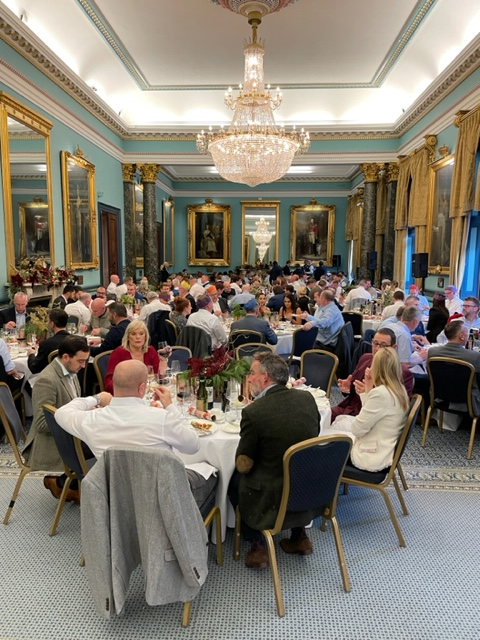 As we get closer to the end of another year, it was time for Members of The Recycling Association to get together for the annual Christmas lunch.

Taking place at the Institute of Directors in London, and attended by around 160 people, it was an opportunity to enjoy a three-course lunch and network with colleagues from across the industry.

The Recycling Association President Craig Curtis gave a speech in which he highlighted the role of chief executive Simon Ellin and praised him for the contribution he has made to the industry during his tenure. Simon has announced his intention to retire in March.

In his speech, full of emotion, Simon thanked the support he received from Craig and Vice President Celine Grant, as well as the Members of the Board. At times verging on tears, he also explained that the team in Daventry were not just employees but friends. Simon also thanked other people who supported the Association, as well as the life-long friendships he had made among Members.

Simon was given a standing ovation by attendees at the end of his speech.

Following the meal, networking took place in the bar at the Institute of Directors.

Public Accounts Committee shows need for focus on organised waste crime gangs
Oct 19 2022
BLOG CATEGORIES
Go to Top
We use cookies on our website to give you the most relevant experience by remembering your preferences and repeat visits. By clicking “Accept All”, you consent to the use of ALL the cookies.
Cookie SettingsCookie PolicyAccept All
Manage consent