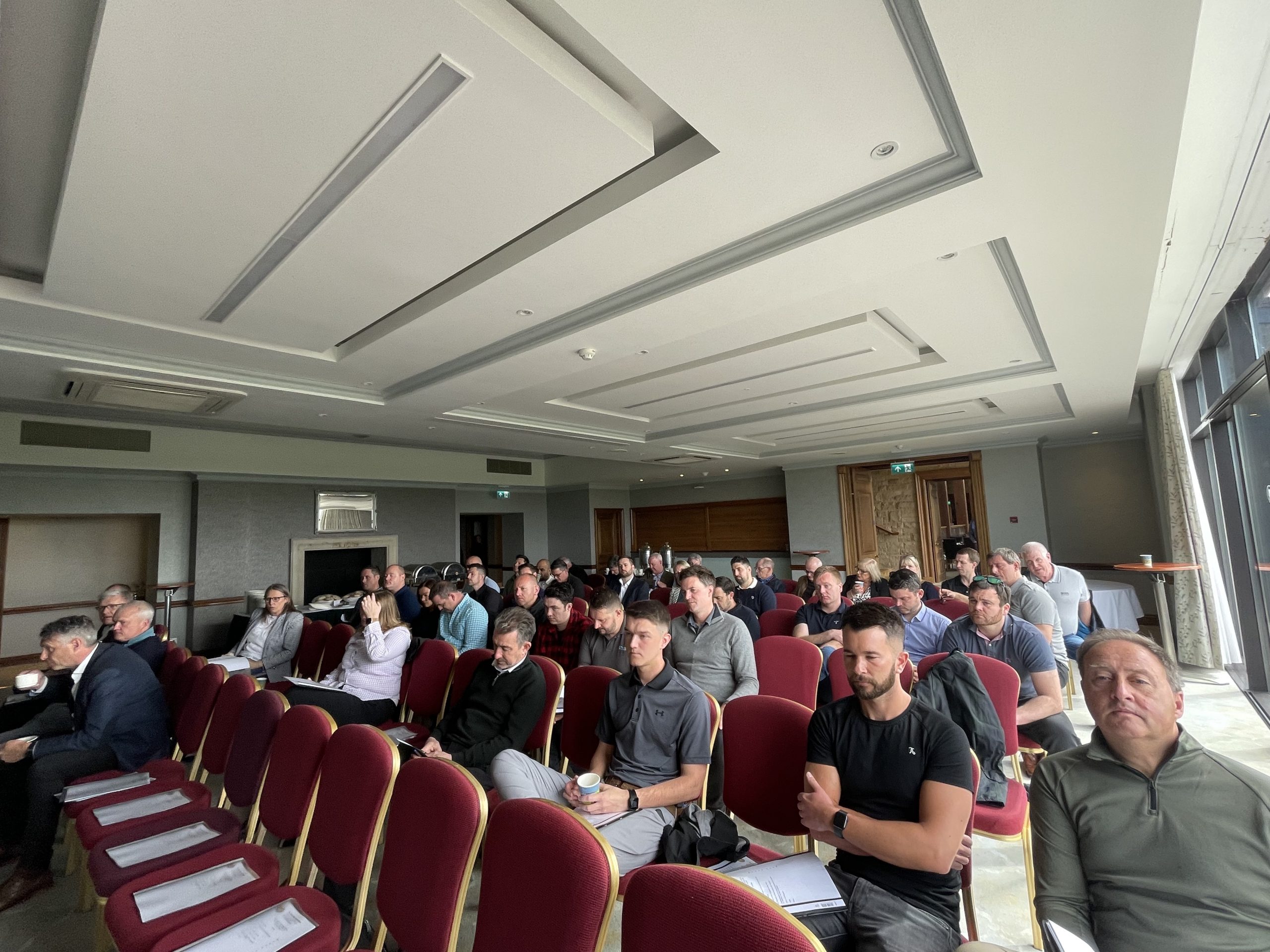 On 10 May 2022 at Celtic Manor Resort in Wales, Annual General Meetings were held for both The Recycling Association and its trading company IWPP for the 2021 financial year.

IWPP had another good year of trading with turnover almost doubling, thanks to higher commodity prices even though volumes were broadly consistent with the previous financial year.

As a result of this, IWPP will be offering a £1 per tonne rebate to members of The Recycling Association that traded material with IWPP during the previous financial year. This means this rebate has been offered for two years in a row.

In his report, Simon Ellin noted that it had been a challenging year with 80% of IWPP’s trade occurring with European buyers. As a result of Brexit, there had been challenges in moving material into Europe.

However, Simon noted that IWPP commercial director Chris Burton and the rest of the team at the Daventry head office had ensured that the Brexit transition was as seamless as possible.

He also reported that the first quarter of 2022 had brought lower volumes and he anticipated that a weakening global economy was likely to bring a challenging year for the industry.

However, he hoped that the rising PRN price would support more volume of material coming onto the market.

In a vote of Members, the following were re-elected as directors of IWPP Ltd:

In 2021, six new Members joined The Recycling Association, and one Member was pending, taking the total to 114.

According to Simon Ellin in his report, this has grown from 64 members when he took over 15 years ago.

In the past year, his focus has been on the Resources & Waste Strategy and ensuring that it would benefit Members.

He noted that the recent responses from Defra had reduced many of the concerns from the first draft of the Consultation.

In particular, he said that along with other trade associations such as ESA and UROC, The Recycling Association had managed to get a postponement of business waste Extended Producer Responsibility (EPR). Previous proposals could have meant recycling and waste companies having to bid for business waste zones, or in one circumstance compliance schemes owning the material. It is now the case that the Government will work with the industry and other stakeholders to come up with new proposals in a few years’ time.

Simon also said that he had lobbied for the continuation of the PRN system and was relieved that Defra would retain it until at least 2027. While there will be increased reporting and transparency requirements, he said this is something the industry can live with.

However, he remained concerned that there would be a requirement to sell PRNs either in the month or quarter that they were raised. In particular, this would cause issues at the end of the compliance year. This seemed to have been designed to mitigate against rising PRN prices for some materials at the end of the compliance year, but some materials, such as paper, typically dropped in value towards the year end.

As part of the ongoing Quality First campaign, The Recycling Association had agreed to put forward it being in favour of kerbside sort of paper/cardboard in its review of the campaign in 2020. In the Consistency of Collection consultation, Defra has proposed that film and food and beverages cartons become core materials to be collected by local authorities.

In order to accept these materials becoming core, Simon had advocated that paper/cardboard needed to be collected separately because film and cartons were very difficult to sort mechanically away from paper. He was pleased that Defra has seemed to take this on board and councils will need to collect paper/cardboard separately when the new regulations eventually come in.

He also revealed that The Recycling Association was working on a joint process with ESA to achieve End-of-Waste status for paper/cardboard based on the EN-643 standard.

While this would be a voluntary process, it would mean that the public and politicians’ perception of recovered fibre would be that it is a commodity rather than a waste. It would therefore fly the flag of quality. Other countries such as France, Spain and Italy have implemented End-of-Waste for paper/cardboard.

For exporters, Simon noted that the Traqa software majority owned by The Recycling Association now added a Customs Declaration function. With Brexit, paperwork was time consuming and taking up valuable staff time. It also meant there could be long waiting times for hauliers while the Customs Declaration and Commercial Invoice are issued.

Those companies that use Traqa will have both of these documents issued automatically at the weighbridge instead.

Despite Brexit, the UK was still influenced by EU rules and regulations (especially those transcribed into UK law as part of the Brexit process), and working with EuRIC meant The Recycling Association still had influence on any changes to regulations that the UK may also adopt.

In 2019, The Recycling Association had built up a relationship with US trade association ISRI that helped to prevent Indonesia banning import of paper and cardboard, but instead set a realistic 2% unwanted material limit.

As a result of this, there was further networking between these representatives from The Recycling Association and ISRI, as well as delegates from all over the world. There was also a great deal of learning about the US market, in particular, about how much domestic recycling capacity was being built and how this might mean there will be more opportunities for exports from other destinations such as the UK to Asia.

In a vote of Members, Craig Curtis was re-elected as president of The Recycling Association. Celine Grant from Re-gen Waste was elected vice president, after the board had decided a succession plan was needed for a new president to take over from Craig in 2024.

These new directors were elected:

The following directors were re-elected:

Presentation photos from The Recycling Association Race Day
Oct 6 2022
BLOG CATEGORIES
Go to Top
We use cookies on our website to give you the most relevant experience by remembering your preferences and repeat visits. By clicking “Accept All”, you consent to the use of ALL the cookies.
Cookie SettingsCookie PolicyAccept All
Manage consent