2018 quality first report calls for recycling to be simplified 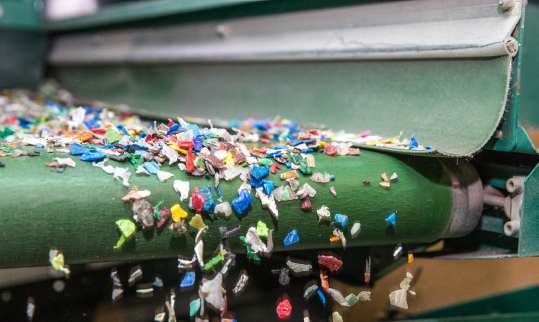 The Recycling Association will launch its 2018 Quality First Report at RWM. In the report, Association CEO Simon Ellin calls for the UK’s approach to recycling to be simplified.

“When we launched the Quality First campaign in September 2016 we knew that the overall quality of UK recycled materials needed to improve,” he said

“Yes, there was plenty of excellent material being produced. But, as with all aspects of life, it was the bad stuff that was capturing the headlines and damaging the overall reputation of the industry.”

Two years and a Blue Planet 2 later, Simon Ellin noted that the industry is now in a completely different operating landscape.

“Never before has the quality of recycled materials, processes and infrastructure been so heavily scrutinised – at home and abroad, by industry and the general public,” he said.

“As an Association, Quality First readied us for the challenges that we’ve experienced over the last 12 months. It also gave us a much louder voice and has helped us to ensure that the recycling industry is at the forefront of discussions, many of which have been played out in the national media, when recycling practices have been called to account.

“Speaking up early has helped us to throw the spotlight on two key factors that have long gone unheard or unrecognised: the critical impact of packaging design on recycling; and the ability that UK recyclers have to meet global quality standards,” he said.

In the report, The Recycling Association’s board has highlighted the need for a more simplified recycling supply chain. In the short term, their recommendations are:

Packaging should only be made from the approved list mentioned above, and ideally from single materials. A simplified label system would say ‘Yes this can be recycled’ or ‘No it can’t be recycled’

Local authorities should be compelled to simplify collection systems so that every local authority collects the same materials.

Improvements need to be financed by increased producer responsibility. Those who produce the materials that can’t be recycled need to pay the most

Government needs to provide support that will lead to investment in UK recycling infrastructure – both collection, sorting and reprocessing.

“We’ve taken the first steps towards quality, but we’ve got so much further to go,” said Simon Ellin.

The Recycling Association will be on stand 4F70 at RWM.

BLOG CATEGORIES
Go to Top
We use cookies on our website to give you the most relevant experience by remembering your preferences and repeat visits. By clicking “Accept All”, you consent to the use of ALL the cookies.
Cookie SettingsCookie PolicyAccept All
Manage consent